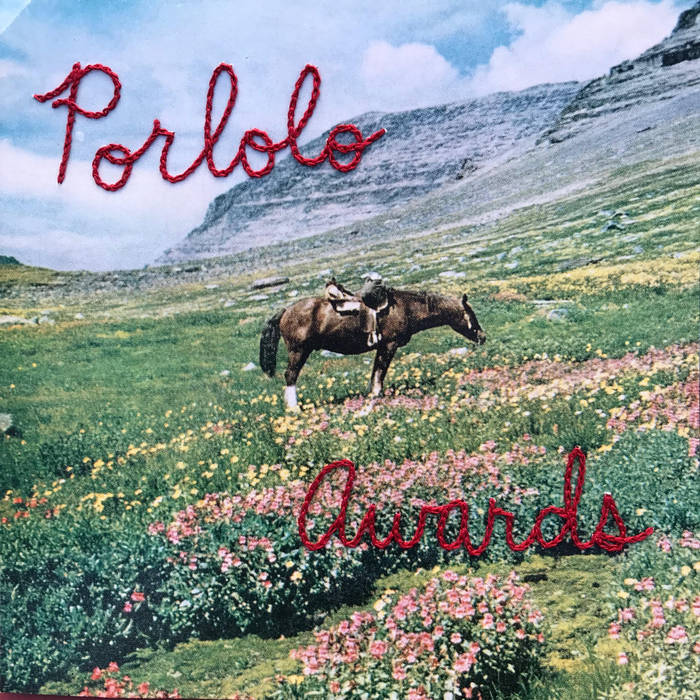 Joel Davis Is The Vibrarian

Porlolo is a true labor of love, with good friends finding peace and party times through musical connection. Formed in Denver in 2002 by the eccentric and prolific Erin Roberts, Porlolo has been a highly collaborative project. Roberts—a self-defined sister, swimmer and stunt artist—is a powerful songwriting force, cranking out grungy, sometimes twangy, often pure pop hits. Over her last 15 years of deliberate wandering through Denver, Gunnison, Eugene and most recently Fort Collins, Roberts draws inspiration from the dramatic landscapes and even more dramatic personalities.

Awards showcases Roberts’ thoughtful and playful songwriting, fully supported by the talent of her influential friends and bandmates. Says Roberts of her current lineup, “Porlolo has been an incredibly powerful force in my own life, providing equal amounts of sanity and absurdity, keeping it weird when life gets tedious, heavy and too adult.”

Porlolo discography includes What Would This Be For (2002), Storm and Season (2004), Meadows (2006), Pony Trekk (split EP with Kate Magnus, 2009). In December of 2014, Porlolo released Everything, Barely, a three-song EP produced and recorded by James Barone (Beach House). Erin Roberts also released Fill Your Lungs (2012) with the Denver-based band Ending People.

BE COOL, FIND YOURSELF, FIND YOUR PEOPLE, BE TRUE TO WHAT YOU ARE, HAVE PARTIES, JUMP AROUND, CARE LESS WHILE CARING BETTER

Bandcamp Daily  your guide to the world of Bandcamp

Cannibal Corpse's George "Corpsegrinder" Fisher stops by for an interview